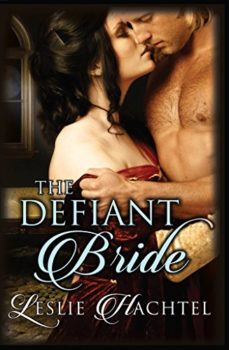 Get your copy now at these and other fine booksellers!

Furious at being used as a political pawn, the Lady Dariana defies King Henry VII by faking her own death to avoid marrying a man she has never met. Praying the king will not retaliate against her father, she seeks refuge in the forest and learns to fend for herself. When William, a warrior knight, is felled by an arrow, she saves his life and arranges his rescue before fleeing to avoid discovery. William awakes from his injury to be told he imagined the beautiful woman in the forest. Besotted and determined to make her his own, he hunts her down and tricks her into marrying him, intent on turning her defiance into love. But even as he begins to succeed, their enemies join forces to end the marriage—even if it means that Dariana must die. When Dariana is abducted, William must track her down to fight for her life and their happiness. And, Dariana, once the most defiant of brides, must channel her