This week’s challenge comes for the remarkable Kathryn Renard: So I have to expose my secret celebrity crush…okay, it’s Gary Sinise. There is something about that man and every character he portrays that just does it for me. It’s not that he’s so pretty or flashes six-pack abs. It’s the sincerity and humanity he projects. He strikes me as a man who would show up, no matter what. And if that is just what he communicates by acting, then he is an amazing actor.

As for my characters…well, of course, I crush on all of them. Take Wylie, for example, in “Texas Summer”. He is willing to take on a whole town to defend the woman he loves. And Robert, in “Captain’s Captive”. He is willing to admit he was wrong and move heaven and earth to make amends. William in “The Defiant Bride”…once he fell in love, that was it. He has a conscience about his methods and he, too, is willing to do what it takes to make up for his less than gentlemanly behavior. Rowland, in “The Dream Dancer”, is a man’s man who has honor with a capital ‘H’. You can read about him starting today! And Lucas, in the upcoming “Hannah’s War”, risks life and limb to protect the woman he loves. And, did I mention they are all handsome. They are also flawed, but that makes them all the more crush worthy.

Now let’s hop over and see who fills the amazing Jani Dace’s daydreams…. 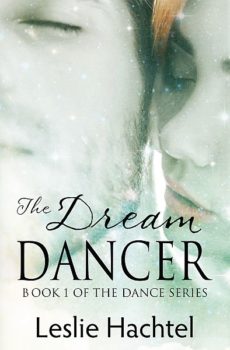